I first came across pine bark extract on some obscure alternative medicine website.

Honestly I had never heard about it, but I kept on reading how great it is for your overall health – basically because it improves circulation and reduces inflammation. Several dozen hard research studies have proven its benefits related to high blood pressure, thrombosis, osteoarthritis, asthma, diabetes treatment and venous insufficiency.

I kept on researching and found that one proper research study has been carried out specifically on how it improves erectile function. 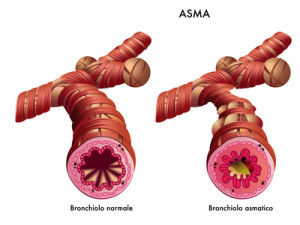 Basically, it boosts male potency by working in unison with Arginine and reinforces its cardiovascular-enhancing effect. I have tested several Arginine-based supplements with pine bark extract to fix my own erection problems. You can read the study summary HERE.

Pine bark extract is trademarked as Pycnogenol in the US. It promotes the absorption of nitrogen into the bloodstream, includes powerful antioxidants and anti-inflammatory ingredients. This protects against cardiovascular disease and lowers blood pressure. As a whole these characteristics promote good cardiovascular health.

The study was conducted at a Bulgarian fertility clinic in Sofia and published in 2003. It investigated the effects of pine bark extract and Arginine on men with erectile dysfunction over a period of three months1.

40 men with varying degrees of erectile dysfunction between 25 to 45 first took only 1,700 mg L-arginine per day for one month. The men were regularly asked to rate their sexual function and after the first month, only two men (which could be within statistical error parameters) reported the recovery of a normal erection. Basically, taking just 1.7g Arginine for one month made no difference.

From the second month the men took 40 mg of pine bark extract in addition every day. At this point, the success rate dramatically increased and after two months 80 percent of men were able to regain their ability to have erections.

In the third month the daily dose of pine bark extract was tripled. to a the daily total of 120 milligrams. After the third month, this figure increased to 92.5 percent. Significantly, there were no reported side effects in any of the participants.

I did not need to know anything else – once I realised that a cheap, natural (Nobel Prize proven) amino acid combined with Pine Bark Extract gives me a 92% chance of fixing my erection after three months I tried it out!

I am happy to report that it worked for me. And my girlfriend too 🙂