Arginine is essential to make Nitric Oxide in the body. This improves blood flow and has numerous health benefits.

The best thing is that it is completely natural and has no side effects.

I started off testing 5 or 6 different pure Arginine products. But because the impact was quite (it generally takes about three to five weeks to notice the effect) slow I became a little impatient and decided to look at scientific studies. I found out that Arginine on its own is not as good as I thought. An early study concluded that 5,000mg (5 grams) per day of Arginine does “not have a satisfactory effect on treating erectile dysfunction” as only 31% of subjects reported improvement1.

Thankfully, another study found that when the Arginine is combined with 80mg of Pine Bark Extract (PBE) per day, it fixed the erection problems in over 90% (37 out of 40) of participants2

Pine bark extract (trademarked as Pycnogenol in the USA) is a powerful anti-inflammatory agent and produced from the French Maritime Bark. It has been used for hundreds of years and effect proven in over 80 studies.

While Arginine alone did not have significant statistical benefits to the erection3, a key study found that the Arginine-pine bark extract combo healed 92.5% of men with erectile dysfunction after 3 months,4 i.e. 37 out of the 40 guys, who had impotence problems experience normal erectile function after three months. 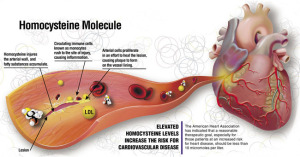 Last, but certainly not least another study showed that a substance called homocysteine damages our blood vessels just as badly as cholesterol. Homocysteine can be reduced by a combination of B vitamins and Betaine – especially in combination with Arginine and Pine Bark Extract.

This was an unexpected positive synergistic side effect between the nutrients!

Ultimately I settled for a combination product, which includes both Arginine and pine bark extract so I don’t need to take lots of different pills. I don’t want to recommend one product over the other so please do your own research!